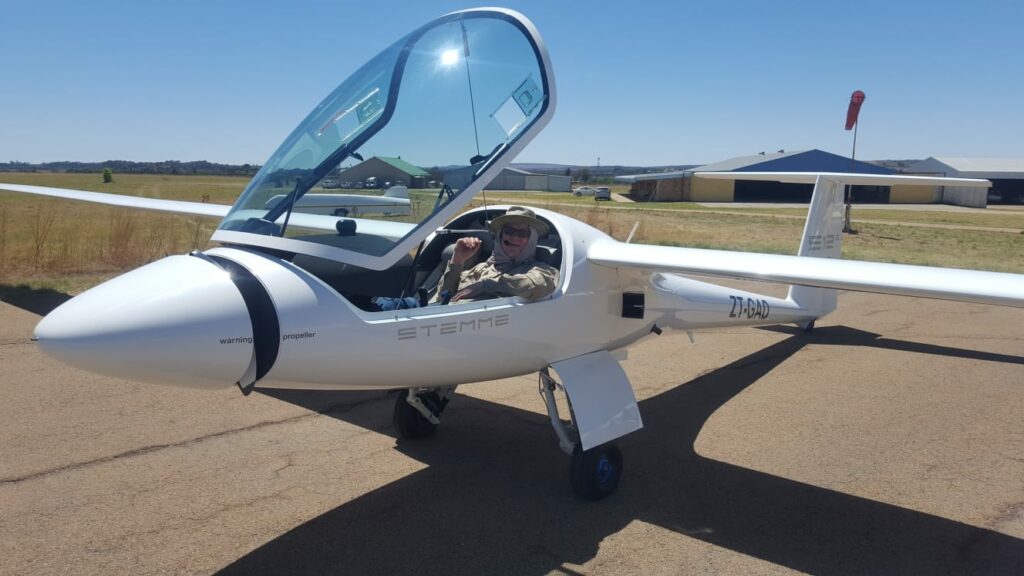 The South African National Gliding Championships were held at Potchefstroom in October, 2021. Due to the increased size of the Stemme fleet in South Africa, A Stemme Class was introduced.  Entries included S10 and S12. Mark Hardman flew up from Port Elizabeth to compete in his S10 and took first place. Mark’s S10 s/n 17 was the first ever Stemme motor glider to be imported into South Africa.

With only two owners over several decades, this S10 has been all over Southern Africa, including a filming expedition over Victoria Falls. With only one paint refinish and one engine overhaul, Mark’s S10 is a good example of German engineering and innovation with what seems to be infinite airframe life.